What is Same Store Sales?

Same store sales or comparable store sales measure the growth of a retail business on a like-for-like basis, where it excludes the stores that were not operating during the same period last year. It is often referred to as “LFL” or “Comps”.

Who Uses This Measure?

Same store sales or comps is often used by analysts to analyze the real growth of a retail company. They use it to understand if the growth shown in total revenue is due to growth at existing locations or because of opening new locations.

It is also used internally by retail managers and retail owners to asses their growth strategy and its efficiency and to be able to take actions based on that.

The importance of same store sales (comps) is that it gives us the real growth picture of the retail business.

When a business starts opening new stores, each store should bring new revenue to the company, so that it can justify its costs and the investment that has gone into it. If this is not the case, then the company is actually losing money on the bottom line, because those stores are adding costs and not bringing new sales, but rather eating at the sales from existing locations.

Since it is normal that new locations will increase the total revenue of the business, looking at same store sales will show us if the business is actually growing, i.e other stores are also experiencing growth.

The way we know if the new stores are bringing new sales is by assessing the same store sales of the older locations. If the opening of the new stores are starting to reduce the same store sales of the older ones, then we have reached a point of over-expansion where cannibalization started to happen or we have opened locations at the wrong place, that they are eating at older locations’ revenue and not adding enough value to cover their costs.

Read More: Cannibalization: A Side Effect of Retail Growth

How is Same Store Sales Calculated?

The formula for same store sales is :

To calculate same store sales in excel, follow the steps in this video tutorial

After you put the sales data for each store in excel, you will then create a column for “Growth“. This one will measure the total revenue growth and will include all stores from this period (month, quarter, year..etc) vs. all stores from last period.

Then you will create another column and call it “LFL“. This will measure the comp sales growth (like-for-like growth) and will include only the stores that were open and trading during the same period last year. The formula above is excluding the last store, which is new and wasn’t trading last year.

As you can see here, the total growth for the business is 24%, while the comp sales are actually down by 3%. This could mean that part of the revenue of Store 5 is actually driven by shifting customers from store 2 and store 4.

It could also mean that Store 5 is very closely located to Store 4. More information and customer data will be needed here to asses the situation and the feasibility of opening Store 5 at that location. 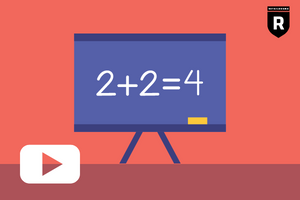 How to Interpret Same Store Sales?

You will have three options in each case:

If the retail business is having a Like-for-like growth, then it means that the business is in growth mode and is still acquiring new marketshare. In this case opening new stores is the go-to strategy to sustain this growth, reach more customers and drive out competition.

What Is a Good Same Store Sales Growth?

Same store sales growth depends on how long the businesses has been open and the market situation. For example a new business is typical to show a high LFL growth in its second year of trading, that could reach the double digits.

This is because it will start acquiring more customers after it has been established in the areas and their marketing campaigns started to pay off. After the initial high growth phase it will start to level off and the growth drops to single digits, depending on the economy and other market factors.

If the business is experiencing Like-for-like de-growth and it has started to be a trend, i.e it wasn’t only for a single quarter or year, then this is a red flag. The business is basically decaying and probably losing market share to competition.

In this case the data need to be looked at in more details, where more questions need to be asked:

If the business was still opening new stores, it could be that these stores are cannibalizing each other and in this case the new openings need to slow down or be more strategic. It could even be more strategic to start closing some locations and consolidating sales to the stronger locations to support their profitability.

If the LFL decline is not a result of over-expansion, and the broad, sustained, decline across stores is observed, a deeper look needs to be taken into the company’s product lines and value proposition in the market.

It is very important while looking at same store sales to understand what is happening around in the broader economy of that particular market (country). Retail sales are taken as primary signs for economic growth or decline and that’s why comp sales have grown to be an important measure tracked by analysts and economists.

The reason we stress on this here is because a company might have declining comp sales, but the main reason could be that the economy is suffering or has reached the end of a cycle. In this case, the retailer, his products or his strategy might not be the problem.

This will be important while drafting the retailer’s strategy for the next period, with a focus on how to mitigate the current economic threats and have the business survive this period. 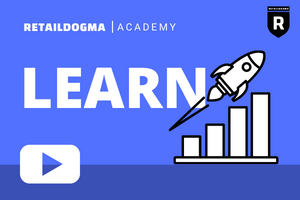 Same store sales or comps are an important measure to asses a companies growth strategy, as well as the retailer’s financial health. With every new location adding another burden to the bottom line of the company with more operating costs, these locations need to be adding more revenue to justify those costs and create real value for the company.

Read our article on cannibalization to know why sometimes retail companies tolerate having some stores cannibalize each other, at least temporarily.

Learn how to manage a retail business end-to-end.

We’ve put together a curriculum, specifically designed for retail owners or retail professionals who want to advance into senior management roles.

Learn how to connect the dots of the business and take the basic knowledge to the next level of application .